A Letter from FLOC’s 3rd Graders

To finish up their unit on human interactions with animal habitats, FLOC’s 3rd grade ELA study group wrote the following letter to the community.  The letter urges people to show more respect for animals and take better care of the environment. 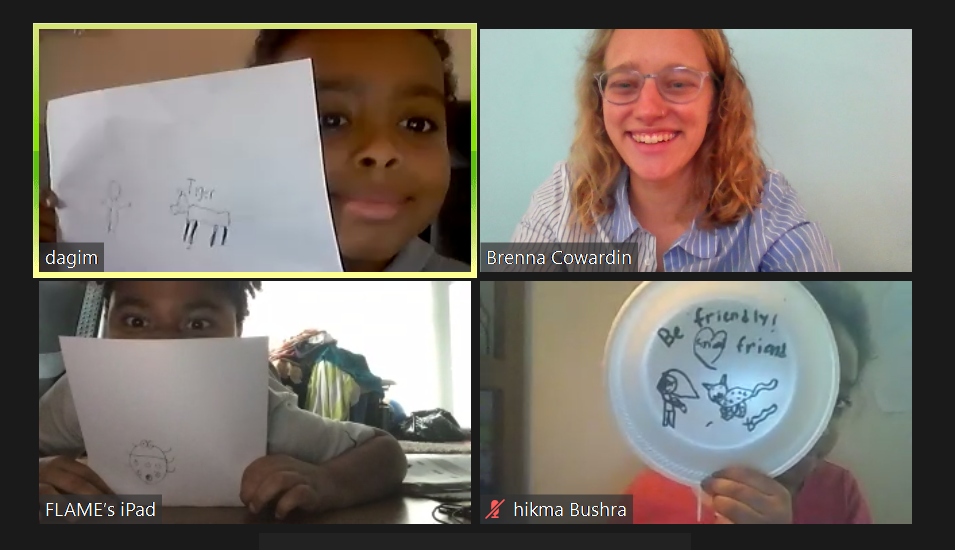 FLOC’s 3rd graders showing off their drawings to go with the letter.

We are writing this letter because every day we see humans being disrespectful to animals. We want this to stop now! In this letter, we will talk about why humans should stop killing the animals and respect them instead. Maybe you will learn something and be kinder to animals.

The first reason humans should respect animals is that if you don’t respect them, you won’t like the way they treat you. Humans often put animals in cages, and this makes animals sad because they don’t get to be with their family. If humans didn’t do this, animals would be happy instead. If animals don’t respect humans, humans could be in danger. Animals could possibly nearly kill them. This is bad because animals could harm humans. Finally, if humans protected animals, then when humans are in danger, animals will protect them.

The second reason humans should respect animals is that there will be consequences if they don’t. One consequence is that animals will go extinct. Some animals like lynxes and whooping cranes are already in danger because people keep on harming them. We need all animals to survive so that we can have biodiversity. Biodiversity is when you have a lot of different types of animals that eat different things. It is important because without it we wouldn’t have food, medicine, or oxygen, and then the Earth wouldn’t be a planet that we could live on.

The final reason that humans should respect animals is it’s just the right thing to do. We always should do the right thing because we need a better place for everybody.

Thank you for reading our note, and we’ll give you some drawings to go along with it. We hope that you are interested in it. 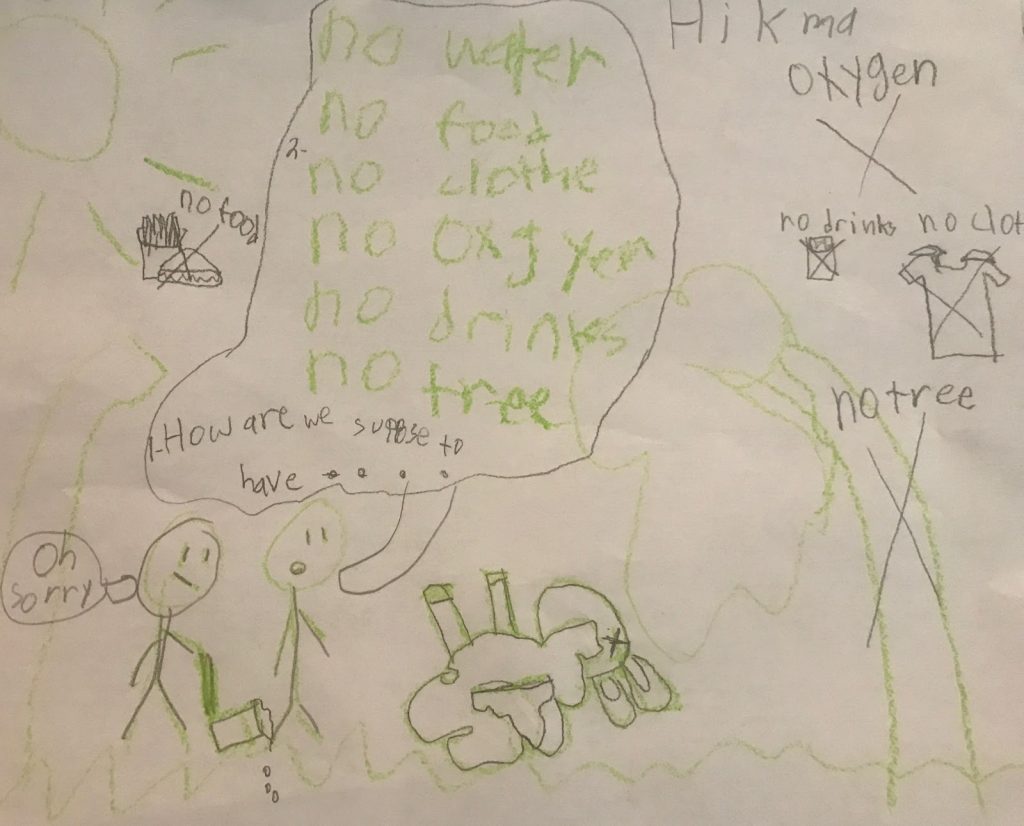 Hikma’s drawing shows why she thinks humans should care about the environment. In the picture, one person is littering, and the other is explaining why they shouldn’t litter and why the environment is so important for humans.