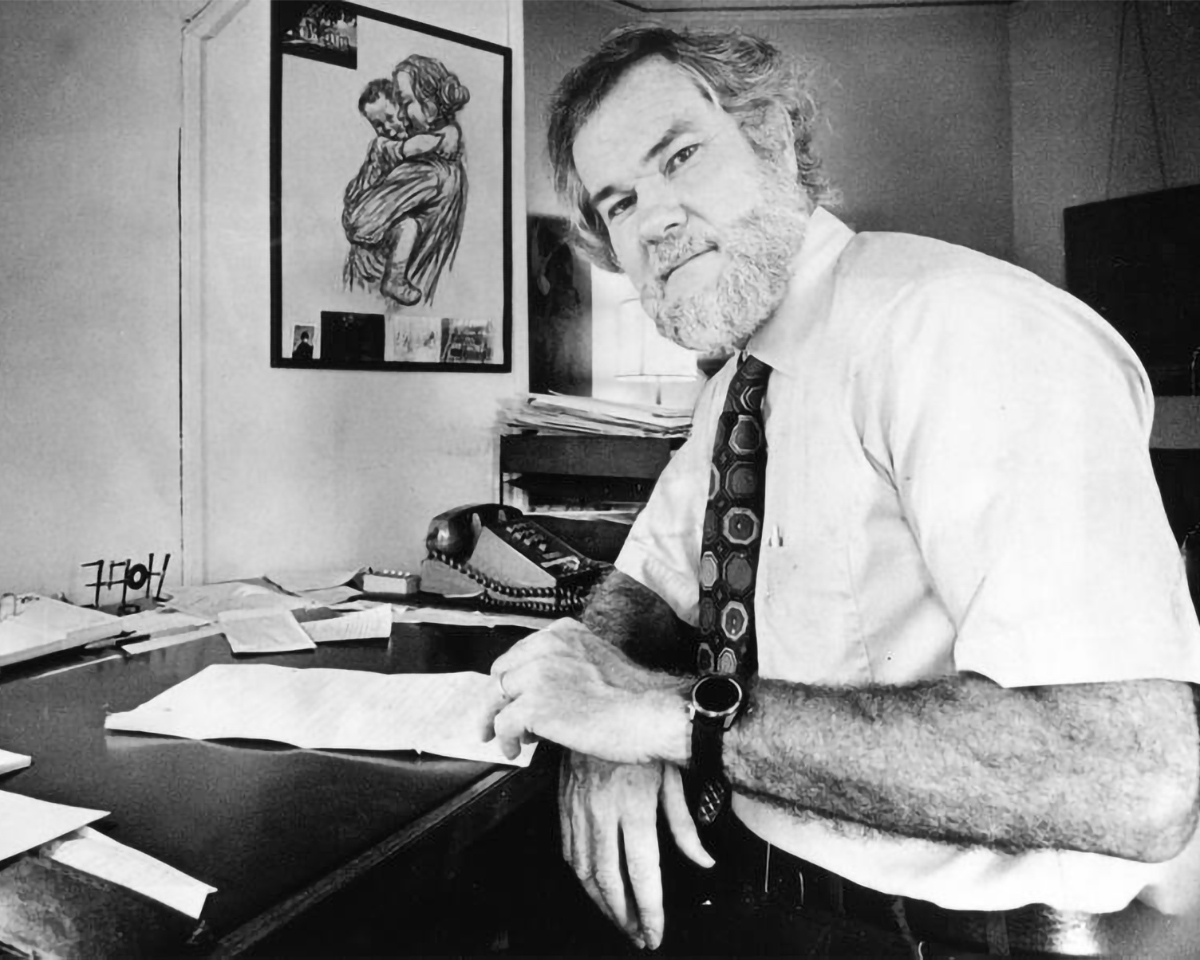 When Fred Taylor felt a call to community activism in 1967, he began volunteering with the newly formed For Love of Children (FLOC). Just one year later, Fred was chosen to be FLOC’s first Executive Director, where he remained for the next 37 years. During his time with FLOC, Fred successfully shut down Junior Village, an orphanage that was exposed for harboring the abuse of thousands of children in the early 1960s and early 70s. He led the effort to redefine how D.C. met the needs of its homeless and dependent children and changed the whole system of care, convincing the government that children could be helped to remain with their families or foster care instead of orphanages like Junior Village. He met with President Clinton in 1996 and spoke with him about the work FLOC was doing to enhance opportunities for children in D.C. In 2003, Fred was presented with the U.S. Department of Health and Human Services Commissioner’s Award for “Outstanding Leadership and Service in the Prevention of Child Abuse and Neglect.”

It is safe to say that without Fred, FLOC would not be the organization it is today – a nonprofit that provides education and career development for nearly 600 students annually. What began as a movement spurred partly by passion and partly on impulse to save a thousand children from an abusive orphanage quickly evolved into an advocacy and support organization that has withstood for more than 50 years and helped more than 10 thousand children. A man of vision and faith, Fred left behind a legacy of service and dedication to Washington D.C.’s children and youth. Unfortunately, after a hard-fought battle with cancer, we lost Fred on November 23, 2019. 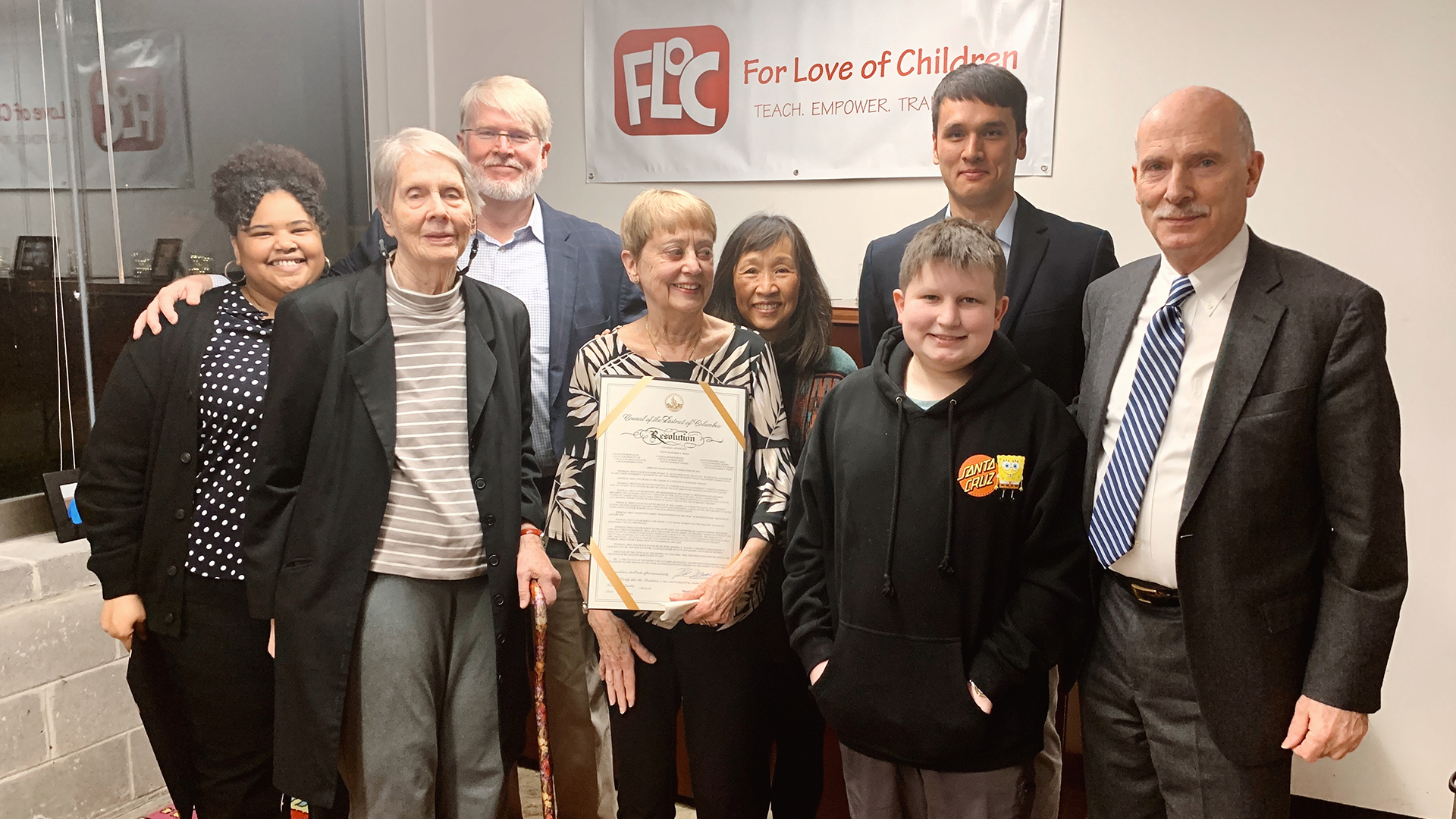 On Friday, January 17, 2020, the Taylor Family and FLOC were presented with Ceremonial Resolutions of Recognition from the Washington, D.C., City Council. We were honored to have many members of the Taylor family present to accept Fred’s award, which was presented by Chairman Phil Mendelson. We hope these resolutions stand as a testament to Fred’s impact on FLOC and his lifelong dedication and service to the D.C. community.

Inspiration from the Civil Rights Movement

FLOC’s dedication to grassroots change springs directly from the civil rights movement of the 1960s. In March 1965, the Rev. Gordon Cosby, Minister of the Church of the Saviour of Washington, DC, was among those who took part in the landmark civil rights demonstration in Selma, Alabama. Crosby drew inspiration from the black church in the South, which claimed for its people the promise of equality and justice. He shared this inspiration and faith with his congregation at home, challenging them to recognize how God’s spirit may call upon them in service to their community. That belief inspired hope for change far beyond desegregation, including the idea that neglected areas could be turned around — city by city, block by block — by people of faith and determination.

Upon his return from Selma, Cosby delivered a series of sermons on the exclusion of black Americans from economic and civic life, which was illustrated tragically by institutionalized DC children, who were separated from the nurturing support of strong families and schools. As Cosby developed these connections, a cadre of his congregants felt the calling to tackle these problems, and FLOC was born.

While Christian roots are an important part of FLOC’s founding, they served as a spark for work that was always non-sectarian and practical. The early activists’ work continues to inspire FLOC’s mission to this day.

One of the civil rights movement’s earliest initiatives was challenging inequality in educational opportunities for African-Americans. Today, most children in this country, particularly low-income children of color, do not receive the quality education they deserve. One wonders what Dr. Martin Luther King Jr. would say about this. As a man of hope, he would probably speak optimistically about our youth and rebuke the idea that some children lack the capacity to learn. Every student can learn. The primary goal of FLOC is to ensure that all students — regardless of race, ethnicity, or neighborhood — receive the support they need to achieve their dreams.

In operation for more than 50 years, For Love of Children (FLOC) has served more than 10,000 children and youth and has been one of the most respected nonprofits in the community. FLOC was founded in 1965 by a consortium of churches and concerned citizens to assist 900 abandoned and abused children, who were then being warehoused in the District of Columbia’s overcrowded and understaffed “Junior Village.” FLOC and its partners arranged viable schooling and living alternatives for these kids, and secured the closing of Junior Village in 1973. FLOC’s early leaders also founded DC’s first Child Advocacy Center and co-founded the Consortium for Child Welfare, a city-wide collaborative of 16 foster care and adoption agencies.

From the mid-1970s through the 1990s, FLOC continued to embrace a variety of child and family services and served as an incubator for developing programs. One of these was Hope and a Home, a transitional housing program that helped parents create nurturing and stable homes within the caring and loving support of a community. In 2005, Hope and a Home incorporated as an independent 501(c)(3) agency. FLOC also was one of the founding members of the Healthy Families Initiative, and its program remains a strong part of Mary’s Center for Maternal and Child Care. In 1999, FLOC designed the Family Intervention Program (FIP) in collaboration with the Casey Family Programs of Seattle and the DC Child and Family Services Agency.