Johnathan’s View – “A true educator looks for models of leadership” 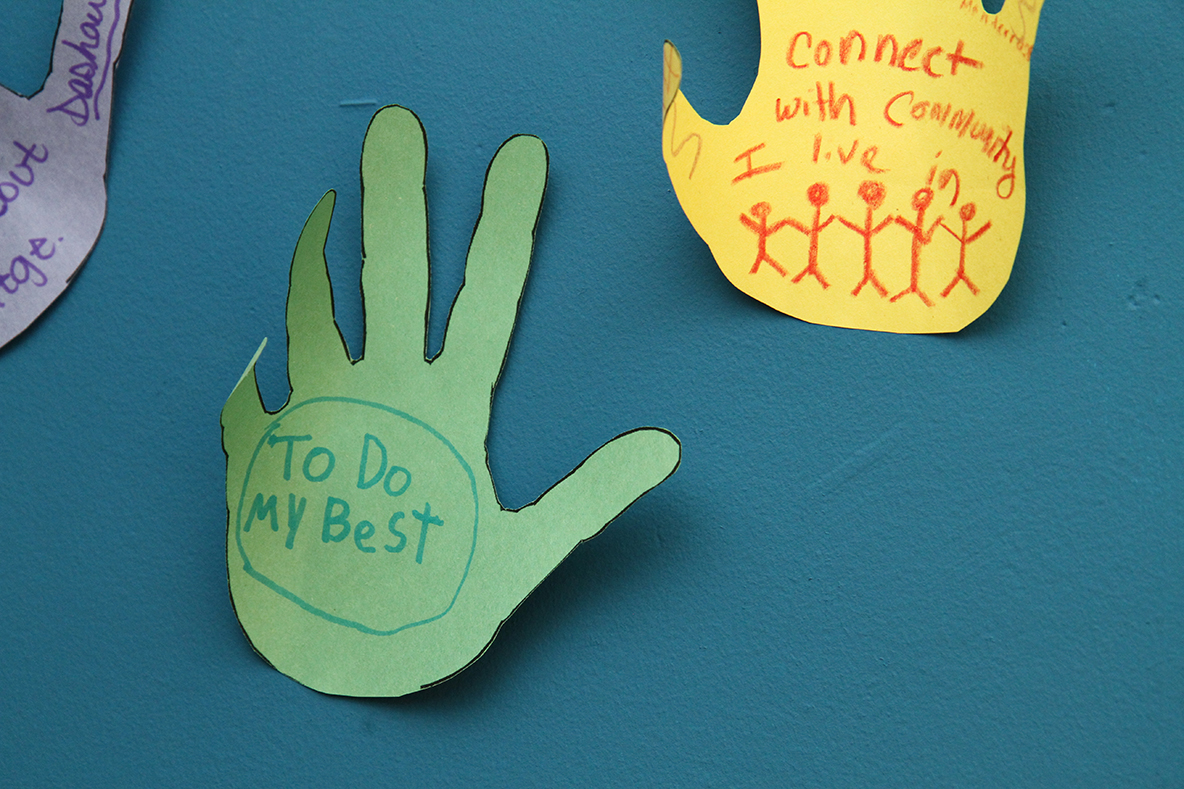 (Johnathan Speer is a rising Senior at the University of Alabama.  He spent his summer working with For Love of Children, through our partnership with The Washington Center’s Internship program.  Johnathan served as a site coordinator for the Neighborhood Tutoring Program.  As part of the internship, Johnathan had to interview a leader in his area of interest.  The following is his summary of his interview with Tim Payne)

A true educator looks for models of leadership, because they understand that to teach is to lead, and to lead is to transform the unlearned mind and empower it to achieve success. These goals, teach, empower, and transform are For Love of Children’s core principles. As an aspiring educator, I felt it necessary to study my environment and search for models of effective and charismatic leadership. I found that model in the Executive Director of For Love of Children.

Timothy Payne has been serving as the Executive Director of For Love of Children for over four years. His path to becoming its point man, proved interesting and diverse. A graduate of George Washington University with a BA in political science, Tim began working with FLOC as a tutor during his undergraduate years. He heard of the opportunity to tutor while working with the DCReads Initiative and has since then, “been hooked” and dedicated to serving the goals of For Love of Children. As an intern in the FLOC office, I sought to understand the unique setting and diverse programs at FLOC. I also wanted to know, what role they felt they played in the education system as a non-profit organization.  I asked Tim how he felt FLOC’s work impacted the DC area schools and what role did organizations like FLOC play in alleviating some of the burdens of the education system. He responded with great understanding and depth. He believed that FLOC provided a source of community based support and resources that all kids would not receive in schools. His answer gives considerable insight into the fact that public schools often become a panacea for bigger social ails and weaknesses. FLOC’s diverse tutoring and leadership programs ensure that kids without the social and economic opportunities of others will achieve elementary, secondary, and post secondary success. During Tim’s tenure, FLOC’s programs expanded and enhanced their missions and he is committed to ensuring that kids get the extra pieces that they would otherwise go without in the public school system.

I asked Tim, to give me his educational philosophy and to tell me whether or not his perspectives were in sync with society’s current views on the subject. He responded directly saying that he felt every child deserved the highest quality education, and he intentionally wanted to leave the statement broad. This answer demonstrated Tim’s wisdom. He understood that the methods and practices utilized to achieve that goal were varying and difficult. He clearly and realistically related that his views may be shared by the rest of the country, but they prioritized them differently. He mentioned that in a recent poll done by CNN, on the biggest problems facing the country, only six percent believed education was a problem. He noted that Public education is what makes the United States, but that many people have gotten so bad at ensuring its success. He realized the difficulty in achieving high quality education for kids because of the level of priority it held on the country’s totem pole. However, Tim asserted that FLOC played a major role in defeating the have and have- not situation that education could devolve into if left in its current state. His passion and knowledge were clear and evident and no less than what one should expect. It made me wonder why so effective and knowledgeable and advocate was not in the classroom. However, from further questioning I realized that while Tim would be an asset to any school district, he already serves and assists the educational development of many students through his effective and pragmatic leadership of FLOC.

I wanted to know the depth of Tim’s knowledge and study of current policy and affairs. So I asked Tim what he believed the President’s Race to the Top Initiative meant for the future of schools. Tim believed that it brought the best of the market based ideas to schools, but felt it needed to stay focused on innovation and not pushing any one political agenda, and mentioned that it was could fall towards the latter. He was torn as to whether or not it would turn out to be an effective policy because of this.

When inquired further into his knowledge and asked what he thought of the DCPS Chancellor’s current controversial reform tactics, he responded with the same insight and intelligence.  Tim believed that Chancellor Rhee was a human capital expert dedicated to bringing in the highest quality people and creating a high quality education system. He does not agree with all her methods, but he intuits that her intent, in spite of her unpopular methods, is to create an excellent school system for kids. Tim also noted that Rhee’s methods gain her so much notoriety because she focused on what kids needed and not necessarily what adults wanted. Before Rhee, Tim noted that one of the constants was the ever changing leadership of DCPS that breed chaos and continuation of broken systems. Rhee at least made efforts to shake-up troubled parts of DCPS and bring effective quality programs to each school.

Tim’s answers demonstrated that he was an astute study of current events and leaders who impacted the field of education, and that he sought to understand their methods and the impact of their changes. Tim mentioned that one of his former Supervisor’s once told him that ‘in order for DCPS to transform and change that it needed a year to close down and rebuild its broken programs and leadership.’ He even went further connecting that statement to exactly what happened to New Orleans’s public school systems post Hurricane Katrina. He noted even though there are still many problems, Katrina literally washed away the remnants of broken past and left a ground ready to be rebuilt after a years of suffering.  Tim mentioned that in spite of their issues, the educational transformations and movements happening in New Orleans after the tragedy of Katrina are setting a stage for others to practice upon. That year gave them time to reform, rebuild, and innovate. He ended his observation by concluding that innovation and the cultivation of new opportunity was most important for the school system. He believed Rhee’s methods, while not popular, at least demonstrated a desire to instill smart teachers and quality for kids in the DCPS system and that there was much to learn from an opportunity to rebuild. His observations forced me to wonder if tragedy would have to strike before the rest of society caught up to Tim’s thinking- that education was the greatest opportunity for long term change. He understood that to impact a child was to change a future, and no one could say what that future could hold. Tim embraced a very “reach one teach one” philosophy that emphasized helping the kids in your community to the best of your ability and transforming that individual future. His words reminded me that it only took one rock to make several ripples, and that focusing on the individual success of each student could inspire them to do the same one day.

Tim exhibits the very best of the profession of education. His commitment to progress and quality were evident from his candid manner and knowledgeable insights into the education system. His ability to lead and enact change is evident, and the only thing I question is why he’s not supervising a school or a district with his talent. He confirmed my aspirations and re-affirmed the goals I have set forth in my path to become and educator.

About The Washington Center:

The Washington Center for Internships and Academic Seminars is an independent, nonprofit organization serving hundreds of colleges and universities in the United States and other countries by providing selected students challenging opportunities to work and learn in Washington, D.C. for academic credit. The largest program of its kind, The Washington Center has 70 full-time staff and over 40,000 alumni, many of whom are in leadership positions in the public, private and nonprofit sectors in the United States and around the world.

PrevPreviousKristina’s view – “Service is a huge part of my life.”
NextA Tutor’s Perspective: “It is a life-changing experience”Next