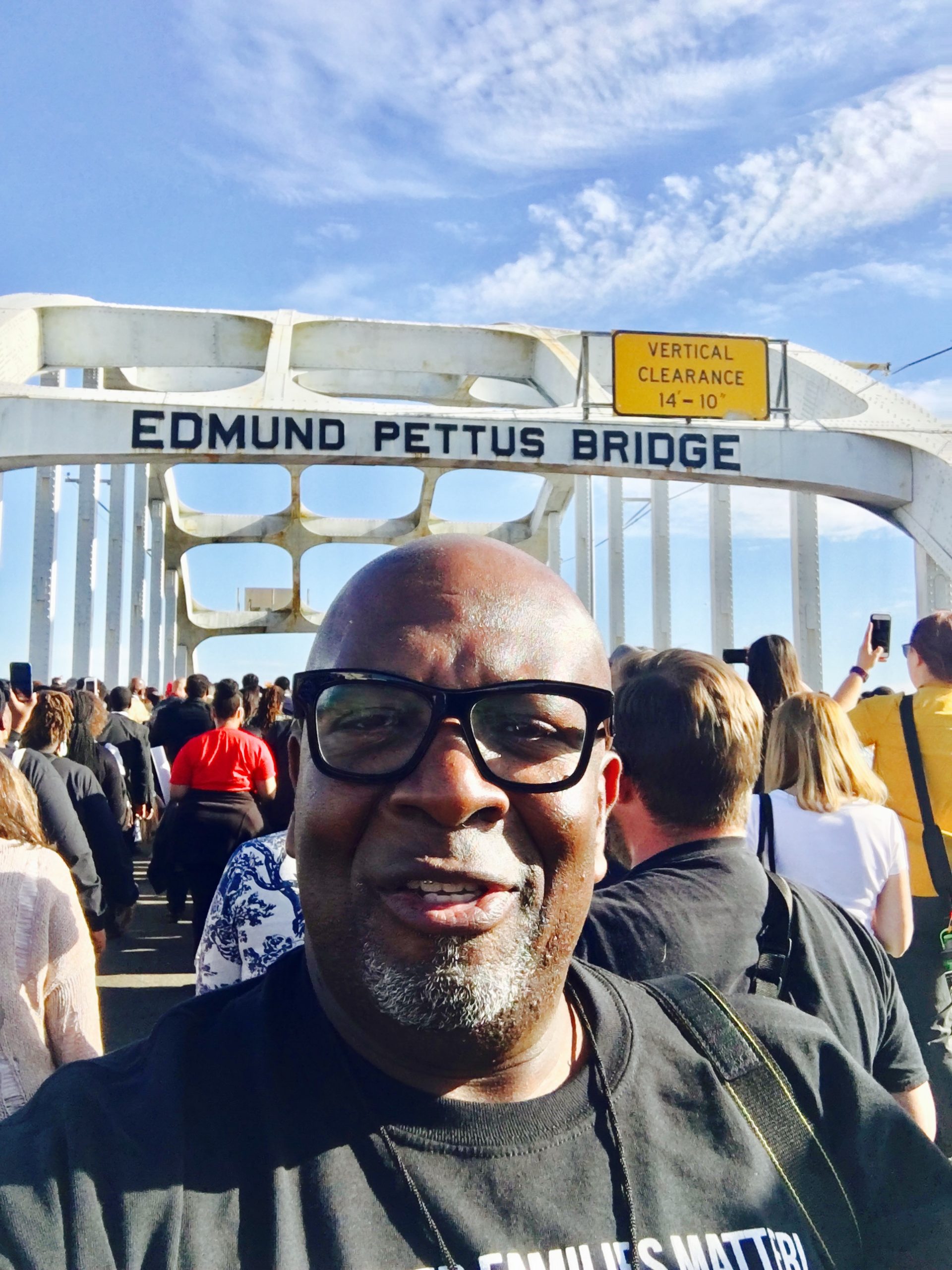 The recent death of John Lewis has me reflecting on my last Journey to Selma, Alabama for the 50th Anniversary of the Edmund Pettus Bridge Crossing in 2018.  John Lewis was there for the celebration along with many other Civil Rights leaders like Maxine Waters and Jesse Jackson. Selma is a small town and yet, it has so much great history. It was a beautiful, emotional experience to walk across the Edmund Pettus Bridge hands locked and singing we shall overcome. I couldn’t stop the tears from rolling down my face. For years we had watched, devastated, as civil rights leaders were beaten and arrested on TV. Now I was on the same bridge where John Lewis almost lost his life-with John Lewis. 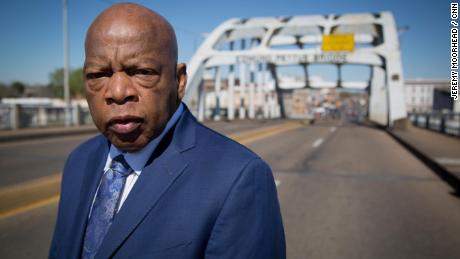 Representative John Lewis standing in front of the Edmund Pettus Bridge where he was nearly killed in 1965 as he led a group of protestors across it to protest racial discrimination in voting.

I thought about my parents and how they had been pivotal in the Civil Rights Movement in my hometown of Rock Hill, SC, where John Lewis was arrested several times as a freedom fighter. Rock Hill was a main stopping point for freedom riders who would come and recruit students from the local Friendship Jr. College to march and help with voter registration. Rock Hill was also home to the Friendship Nine sit-in that happened during the civil rights movement. My parents, both educators, saw this as an opportunity to get involved so they began helping register people to vote. I was blessed to grow up with a father who encouraged his children to make a difference in the community. 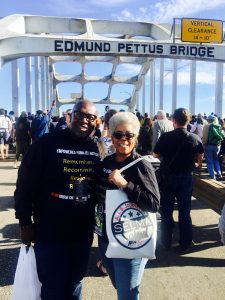 Emmett and a friend standing in front of the Edmund Pettus Bridge.

I graduated from North Carolina A&T State University, in Greensboro, NC where the first sit-ins of the Civil Rights Movement took place. On February 1, 1960, four students sat down at the Woolworth lunch counter and refused to get up, which ultimately sparked a national movement and became pivotal to the Civil Rights Movement.  During my time at A&T you would see those men on campus and hear the stories of what they had gone through.  It was incredibly moving. I hosted the morning news show at the campus Radio Station and was able to interview a variety of people fighting for a better world in their own ways. That was what first sparked my interest in social justice and civil rights. 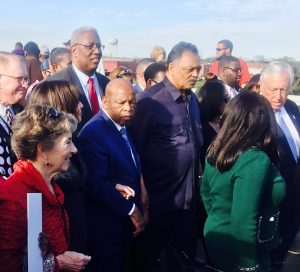 John Lewis walking on the Edmund Pettus Bridge for the 50th anniversary of it’s crossing.

John Lewis and other trailblazers from the Civil Rights Movement worked their whole lives to bring a sense of fairness to the world. Working with youth has allowed me to give them a piece of that legacy of making the world better. That day on the Edmund Pettus Bridge will forever be with me as it reminded me why I dedicated my life to being a change agent for justice. I am so encouraged by the words of brother Lewis who said we must always know that we have to be about some Good Trouble. Rest in Peace John Lewis, a true American leader and Civil Rights activist who made a difference in this country.